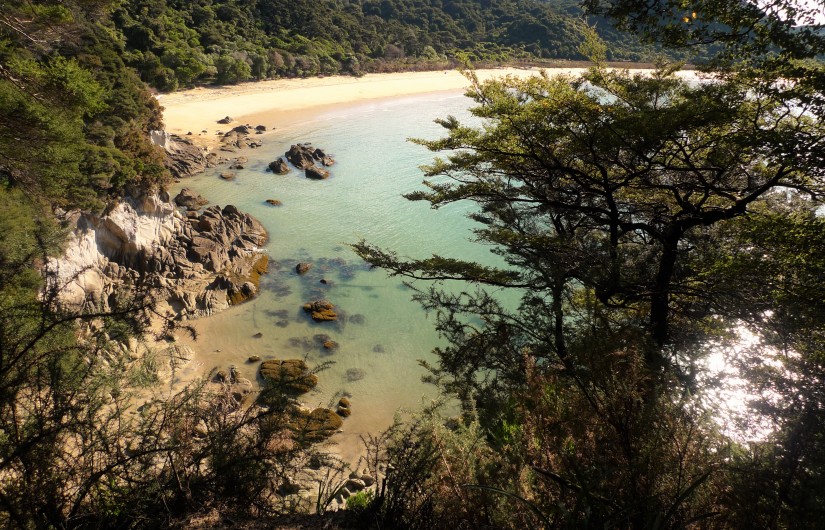 I made it to the South Island! It’s roughly a 3.5 hour journey across the Cook Strait from Wellington. There was a big storm the night before sailing, which made me doubt whether the ferry would be going anywhere at all, certainly if it was the ferry from Southampton to Isle of Wight it wouldn’t have sailed in that weather. With a great deal of thoughts running through my head about having no notable plan, leaving friends behind and lack of income, I was welcoming the tranquil and really rather beautiful trip to the south to collect my thoughts. 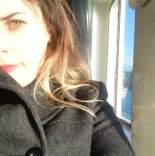 I arrived in darkness with a 40 minute drive to the hostel I had booked for two nights (by the way, I have stayed in over 40 different beds since I left the UK). After a snakey pitch black climb to the hostel I was greeted with ‘you must be Carly, you’re our only visitor tonight!’ ha, excellent I thought. It took roughly 30 minutes before I made my way to the lounge, put on the Thelma & Louise DVD, and tucked into enough vodka and tonic to make myself very happy/sleepy. 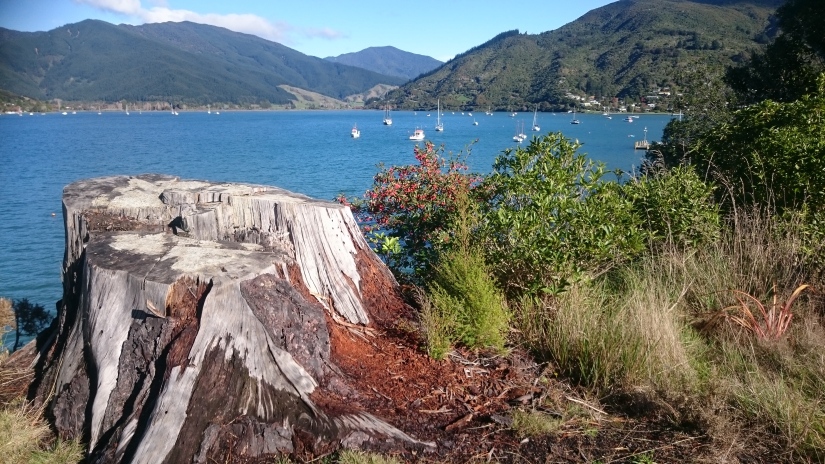 When the sun came up the following morning I started to realise the beautiful area I was staying in, there was nobody around and stunning walks on the doorstep. There was an immediate sense of serenity when hitting the south, confirming that I was headed in the right direction. The two days gave me chance to organise another WWOOFING host, as I was keen to meet some locals and be proactive while the job search continued. The sheer amount of places I had in mind to see on the South meant my fuel, food and accommodation bills would soon mount up. The only confirmed plan I had so far  was The Cure gig in Auckland on the 21st July, in which I would be flying from Christchurch..

Well as it turns out I wasn’t quite in the right headspace for the next WWOOFING environment. It was working in an organics shop, something was just amiss and I discussed this with the family as I felt I couldn’t connect with what I was being asked to do. I didn’t feel too comfortable in my downtime, there wasn’t a good phone/internet signal and it was very, very cold. I do think the main reason was coming from fairly comfortable surroundings, with friends into a very isolated environment.

But this was OK, was good to go with gut instinct, so again I booked an AirBNB in Nelson giving myself a few days of ‘tourist time’. I had been feeling desperate to start painting for a few weeks as I had purchased everything I needed, including mess rags for oils, and I needed to get some ideas down, this was stressing me out. I have begun to realise that if I leave it too long without doing anything creative it disrupts the balance and frankly I can’t function very well at all. I seem to lose all foresight and can become very low, until I started travelling I didn’t realise how deeply this affected me. I think at times during my last week in Wellington, this imbalance was highlighted, as I was staying with somebody so devoted to his craft and staying in a city bursting with creativity was a reminder that I needed to put some time and work in. 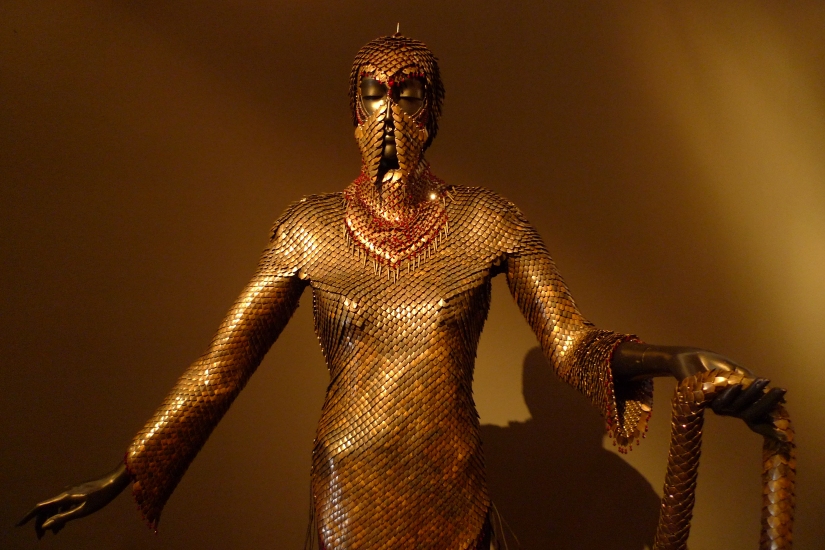 Shirley was the AirBNB host I stayed with, we got on really well, drank wine and discussed locals artists-many of which she shared contact details with me. Nelson, like Wellington, is rich full of creativity and has a big artist community working and selling from galleries. It’s a much smaller scale than Wellington but with a distinctive charm, it just ‘felt right’. One of the iconic art hubs was The World of Wearable Art Museum showcasing a world class collection of classic cars alongside incredible wearable works of art from all around the globe. It was fantastical, and by the time I entered the neon room I had felt I was starring in Fear & Loathing in Las Vegas, it was a real buzz for the senses. Not only were the costumes incredible but the choreographed performance piece was immense (I’m hoping to attend this year’s show in Wellington). 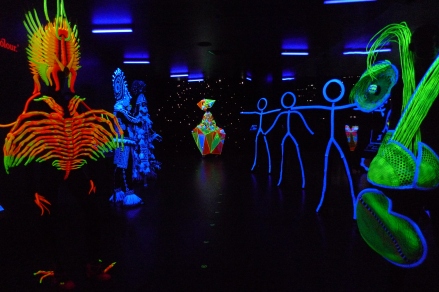 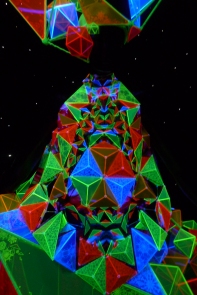 Another must-see in the area is the Abel Tasman National Park located between Golden Bay and Tasman Bay at the north of the South Island, renowned for its golden beaches, sculptured granite cliffs, and its world-famous coast track. I had two free days before the next WWOOFING experience was pencilled in and I wanted to see as much of the park as I could. On the first day I took a scenic drive right through to Golden Bay, stopping at a beautiful hidden gem known as The Grove, with its labyrinth like paths through imposing rock walls. 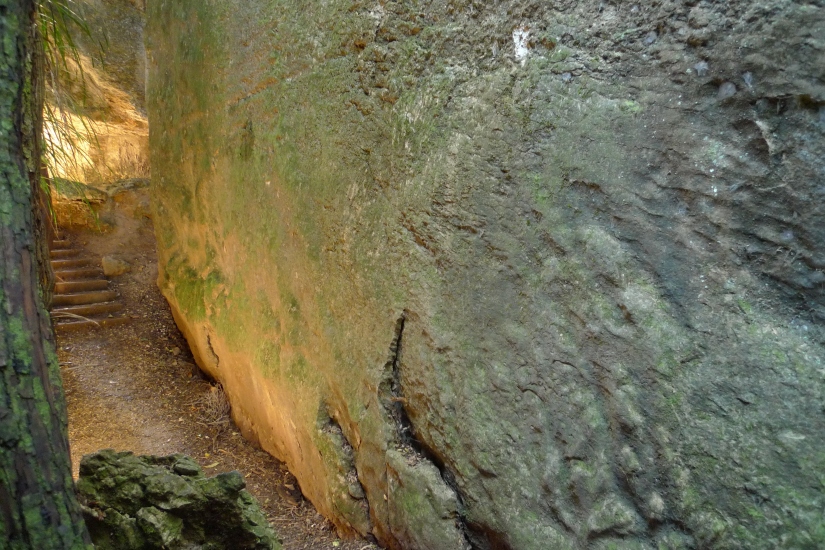 In the area was Ngarua Cave, and as I love a good cave exploration this was a must see-plus scenes from the Hobbit were also shot on the surrounding landscape. A kind lady (her name escapes me) gave me access to the cave and we had a great chat about her love for Lord of The Rings, she was fascinated that I had worked at Hobbiton! She explained that her son was obsessed and collected all the miniatures- it was nice to meet a local New Zealander enthused about the stories, rather than the just tourists. The cave didn’t disappoint, it changed within each dramatic chamber and had a elegant cathedral like space, that people do actually get married in (I didn’t this time around..) 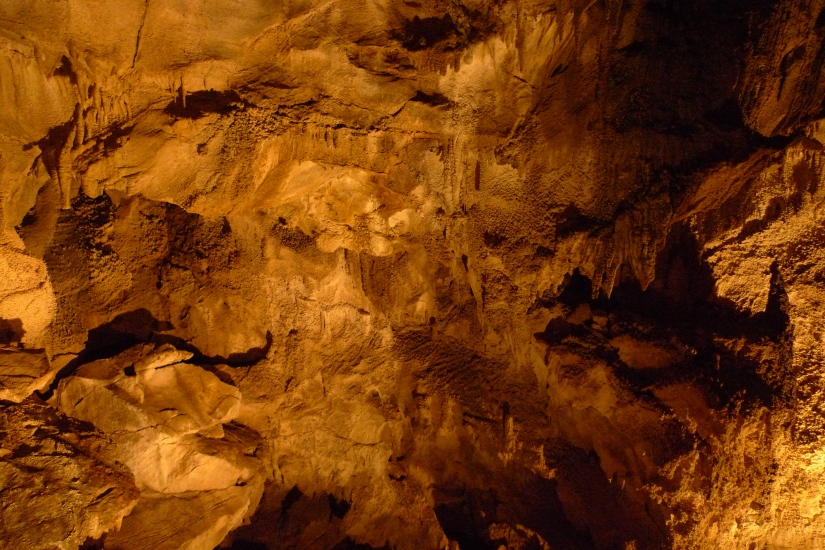 For the next day I arranged what is known as a water taxi taking me from Kaiteriteri beach in the Abel Tasman up to Awaroa. Now there are many tramping hikes you can do, from hours to days, but due to the time of year and lack of ‘camping’ equipment I owned, I decided to take the taxi then hike down to Medlands Beach. Along the way on the icy boat ride I saw the iconic split apple rock and many stunning golden beaches and seal pups. When I arrived at the starting point of the hike I felt as though I had been plonked on an island with no map and no one around (there really wasn’t….anyone) luckily it was pretty straight forward and a decent climb through forest, bridges, water (I really shouldn’t have worn skin tight jeans, they don’t roll up too well). I felt really alone, but in a good way, I found myself deeply comfortable and began to have lucid visions and hallucinations, all I can think of is that I had such clarity that the subconscious thoughts started to come through. It was strange but amazing…… 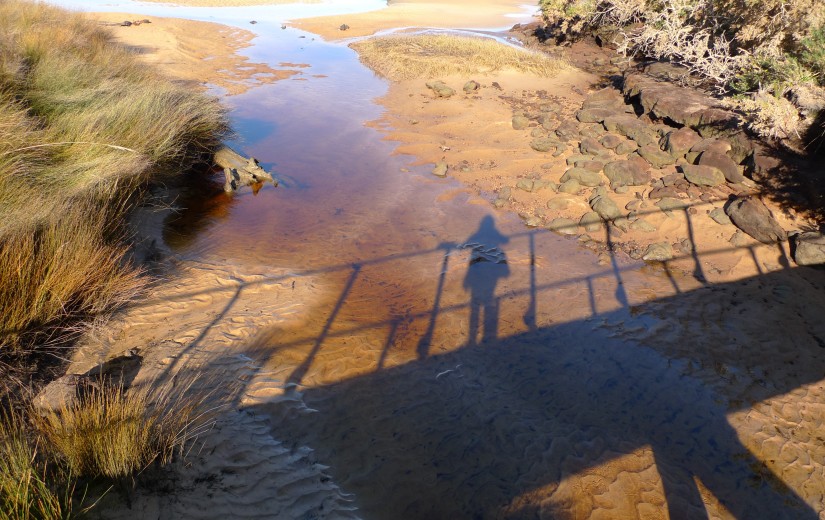 A purely natural high I reckon 🙂

I still have much more to say, but this post is getting a little chunky, standby for the next post on..Coffins, Paintings and Chickens in the next part of my journey… 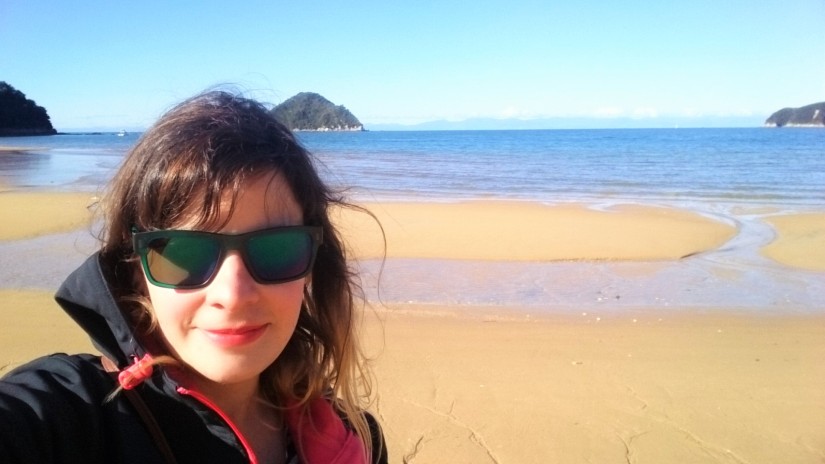