A visit home was to be a mixed bag of emotions, with a great deal of fun thrown in for good measure. The anticipation was more excitement than I had felt in a long time or, perhaps ever. Seeing dad at the airport was an amazing feeling and we felt that curious, strange feeling you do when you are not used to each other’s company, grinning from ear to ear. It felt really important to be able to touch base with family again. The drive home from London on the gloomy cold November afternoon consisted of us filling each other in on events that had gone on in a kind of compact version. Arriving home at last, Mum came to the door with a big smile on her face, we hugged and it was nice to settle back into a cosy environment after so much travelling. We were all on a high and decided to enjoy a curry that evening, something I’d craved for a long

while. I had been sure to plan out my days as best I could given the short amount of time I’d be spending back home. This would predominantly consist of family meals, drinks with friends, walking adventures, more drinks, gigs, too many drinks, the only concern being I’d return to the cave and need to roll myself down with all the excess calorie intake. The first weekend of being home coincided with my Grandma’s 91st birthday celebration, a traditional tea at posh Chilworth Manor was planned. It was great to see Grandma again, I’ve always looked up to her and despite her age she is still so sharp, loving and selfless, a real inspiration. My brother Chris, his wife Vicky and their beautiful son Luca arrived and it was so good to see them again- I felt a little saddened that Luca didn’t seem to recognise my face, but then he’s always pretty distracted with fun stuff (with wheels usually).

Poppy’s Christening was next, sweetheart daughter of my cousin Joanne. It was a full on sociable day, with a great deal of hugging and catching up! The next few days I spent with my parents and it wasn’t long before I was meeting up with Luke that I’d met whilst in New Zealand- he’d only been home a day or two longer than I had and was suffering a little with jetlag- it was time to do my usual nagging him to go on an adventure. This time to Cheddar Caves, probably the most well-known caves in the UK, it seemed the perfect idea to visit, and thankfully despite the time of year they were still open to the public (not that anyone else was there!) It was a frosty day and I was enjoying the thought of driving my dad’s VW T4, which was practically a replica of my last van which I had sold for my plane ticket to New Zealand. 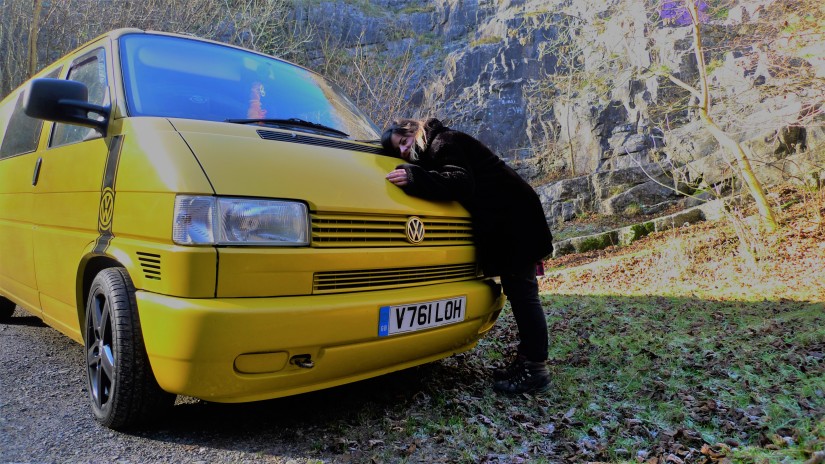 We bumbled along in the big Mellow Yellow van towards Cheddar, our accent’s getting more and more Somerset the further west we travelled –we were always very good at amusing ourselves. As we approached the gorge the atmosphere drew gloomy, we purchased our cave tickets and had the whole place to ourselves. There were many stunning formations in the Cheddar caves, particularly the many mirror pools, although touristic, being alone in the cave with Luke we could appreciate all of the chambers at our own pace. Cox’s Cave further along the gorge had recently been kitted out with a light show, projecting the story of man on the cave walls. A much smaller cave, I was worried about the mention of LEDS and visuals, which always seem to just look so naff. We both left pleasantly surprised- the visuals were 3D, perfectly complimentary to the surroundings and really quite intriguing actually- good work Cheddar.

I was so happy to have quality time with mum again, we baked cakes, including our Christmas show stopper with lights no less 😉 I love the way her eyes light up when we get stuck into something really creative together, as she always inspired me to create from an early age, it’s now a bit of a role-reversal. I was totally spoiled with gifts and thoughtful gestures the moment I arrived home, and we put our energy into bringing Christmas early to the Mann household. We headed off and bought a tree (turns out it was the biggest tree ever) and had a mock Christmas with my brother, his family and my Grandma, perfect. The whole day with Luca was great and I felt us bonding again, he’s such a fun little chap I love being around him. I had a lovely walk around Hamble with mum (sadly dad was working) and a ‘jolly good jaunt’ in the nearby forest with Luke, being treated to lunch was nice end to the day.

I touched base with good friend Ian who I had met a few years previously during jury service, we shared a mutual love of good music and have had our fair share of fun adventures in the past few years. We took a refreshingly bitter walk and caught up on lost time. He’s a cool dude. Hannah, one of the few friends I am still in touch with from school, was expecting her second baby and it was a perfect excuse to meet up, after around 2 years. It’s like the good old days each time we meet, despite the years going by still manage to maintain a great friendship.

It had become a bit of a tradition that myself and Dan would go on a ‘date night’ together whenever we had a free evening. One of my best mates and all round beautiful person, we always have a fun time together. We’d make a point of visiting pubs and restaurants we hadn’t been before around Southampton to sample some new sights and have a good catch-up session. I had a gig I was attending the day of the meetup so we decided to push it earlier and start at 2pm. Wandering through the Christmas market, complete with live music with a dodgy backing track disguising all of the dude’s actual talent. 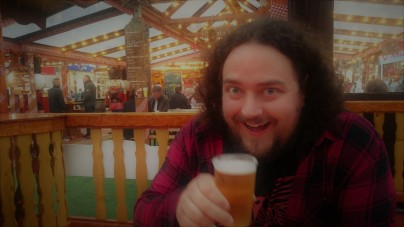 We drank copious beer, cocktails (well they were 2-4-1) Dirty Vimtos in the Firehouse (truth juice) and yeah, a lot. I managed to break all of the drinking rules by mixing it as much as I possibly could, drinking at the same speed with a friend that can drink far more than me, daytime drinking, no water inbetween etc (you can see where this is heading) after a fantastic few hours together I headed on to the gig, to which my mum, dad and uncle were attending, because they are far to hip and cool for their age. It was The Orb, ambient dance DJ’s playing a blinder and filling us with laughs all evening due to their uncanny likeness to my dad and uncle Mark (they had many comments from the audience) ha. Two warm beers later after a day of drinking and I was very much worse for wear. The following evening Dan had booked the group of friends into our favourite cocktail bar, where you provide the spirit and they whip up beautiful cocktails for you, needless to say I was a little less enthusiastic after the bender the day before, but the amazing company from cousin Hayley, Mike, Daniel , Kayley and Dave- looking gawjus as ever, it was a most excellent evening together. 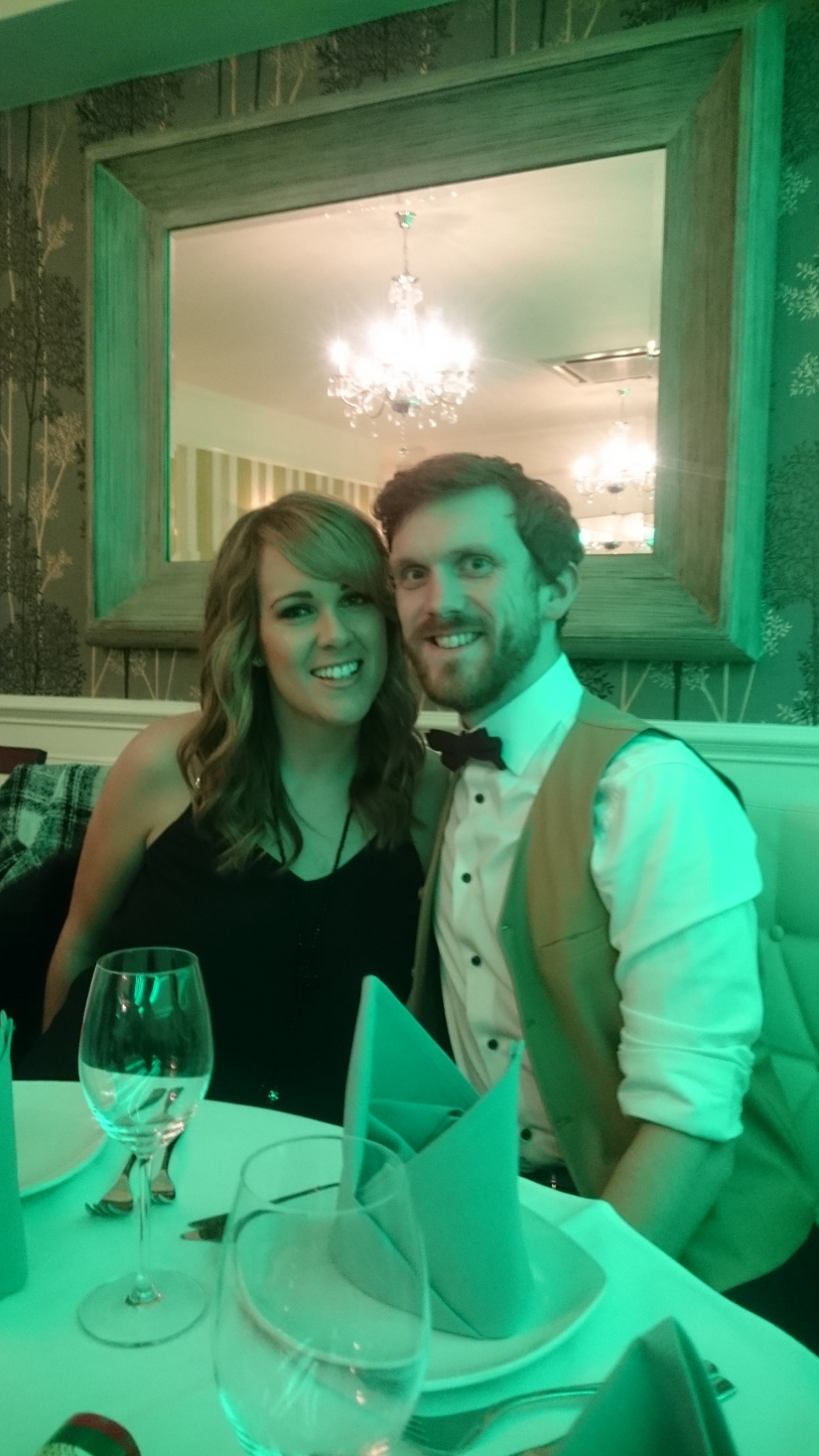 I am at that age of babies and settling down, so our friend group is a little fragmented in that sense! Good friends Vikki and Dane were busy looking after their bub but we still managed to fit in some quality time together thankfully and I got to meet their new bundle of fun, James.

I also had time to drop by my old art studios at The Sorting Office and was buzzing to see how thriving the space is. New artists have taken up residency and it was particularly great to catchup with Helen, Eve and Claire who were all in their spaces creating. A group of 20 or so artists past and present met together for a Christmas meal, I was overwhelmed with the love from such a brilliant bunch of talented artists – it felt so good to be around creatively wild sorts again 😉 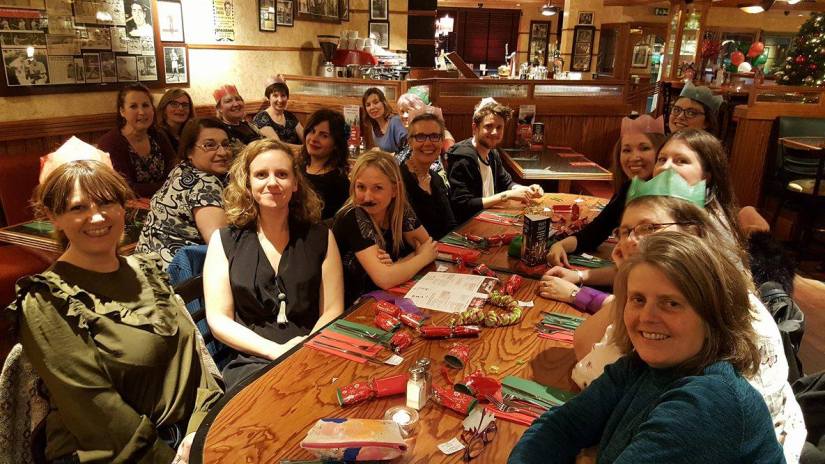 I had introduced Luke to my friends as promised at The Hobbit pub in Southampton, on no better occasion than to see Dan play in his band Subdued. As they share similar interests and seemed to get on so instantly I hope they can continue their new friendship! I was glad to have a motivating catch-up with Imre (all round arty, Lego enthusiast, Hungarian fruit loop) as we discussed our life goals. Sophie also popped by and we had a good ol’ laugh and hug ahhh, so many people to miss! 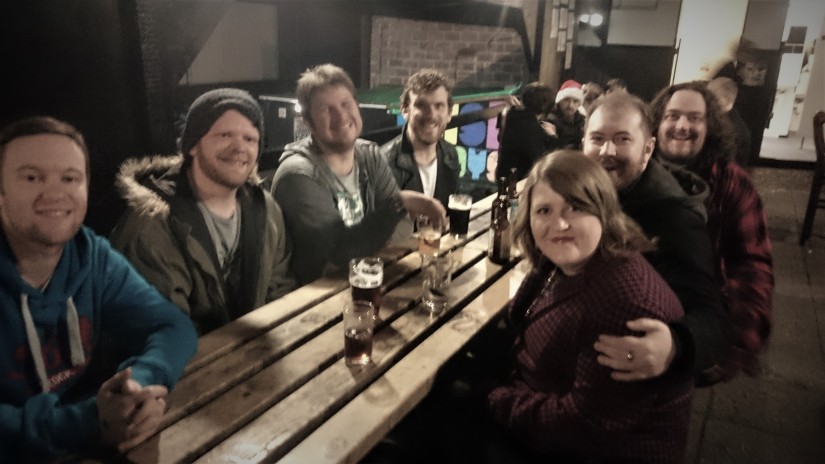 The final night arrived and it was going to be a great party to end on. Dan’s band Subdued were supporting the mighty Reef again, this time at Portsmouth Pyramids Centre, big-time ‘proud friend’ moment. They rocked of course, and a great group of friends and family members filled the audience and made for a special evening to end the trip on, a reminder of all the beautiful people I have in my life.

Time to head back, I am reminded of what I am leaving behind. As the third week comes to an end I become more and more comfortable, despite the stressful traffic (!) and pace of it all. I began to feel the sadness of having to say goodbye again. Picking up on vibes from my family, I felt a sense of guilt, but was looking forward to coming back and knew deep down I was making the right decision. 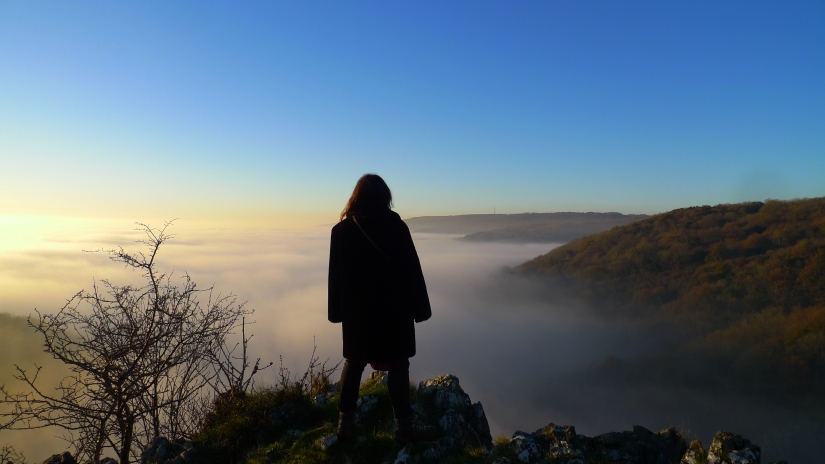