WOMAD is a wonderful festival founded in 1980 by (genius) Peter Gabriel. From the outset, the WOMAD name has reflected the festival’s idea; to be embracing but non-definitive, inspiring and outward looking; and more than anything, enthusiastic about a world that has no boundaries in its ability to communicate through music and movement. WOMAD has always presented music that they felt to be of excellence, passion and individuality, regardless of musical genre or geographical origin. WOMAD encourages collaboration amongst the artists they invite to perform. Rocking up in my car on the Friday, this WOMAD New Zealand would be different this time around, I’d be on the other side of the world, and spending the majority of it on my own. In the UK it had started to become an annual holiday- heading to WOMAD, it had evolved from spending time at the Leveller’s Beautiful Days festival in previous years. Fun times were spent with friends and also my parents enjoyed the weekend away in their caravan, meeting up over a wine and beer to have a ‘jig-about’ to a band or two. A couple of particularly strong memories from WOMAD UK was when myself and friend Vikki sat in the blazing sun enjoying an acoustic set by singer/songwriter Martin Simpson, glancing behind at the entranced audience I saw a familiar face- the legendary Led Zeppelin singer Robert Plant was watching his friend Martin play. I can certainly blame my parents for my love of Led Zeppelin, a band that I heard throughout my childhood and Robert Plant is still a firm favourite for my Mum to play loudly. We went to see Robert Plant play in an arboretum a couple of years previously and I have been lucky to see ‘Bobby’ sing a few times over the years.

It was quite a joy arriving on what was set to be a beautiful sunny weekend, something that is often lacking at festivals in the UK. I parked up on the racecourse, pitched the tent and gazed at the majestic silhouette of Mount Taranaki on the horizon. It would be a few hours before the site was open, so I poured myself a vodka and began to build an itinerary of the bands I was interested in seeing. The beauty of not knowing most of the bands beforehand is that you can just go with what you feel at the time, often pleasantly surprised by the quality and unusual new experience on the senses. Making my way in I took myself around the site of the Bowl of Brooklands, cold beer in hand. The first thing I noticed was the amphitheatre encircling the main stage, complete with a peaceful lake in front of the stage, it looked so elegant in the sunlight. Taking a seat I was waiting to hear the traditional Indian vocal talents of highly regarded singer Sudha Ragunathan – the most celebrated of South India’s devotional Carnatic singers, this sounded too intriguing to miss. I’d always choose unusual vocal talents over a middle-of-the-road band any day. India, is up there with the countries I most want to visit and it’s been amazing following friend Shontae’s blog as she makes her way through the inspirational country….one day 🙂

The site was smaller than WOMAD UK, hosting 6 stages and small collection of stalls selling various beautiful items from around the globe, and food from everywhere you can imagine – it would’ve been rude not to try and sample as much as possible. A few bands watched, a bit of solo dancing done I retired back to the tent after a pleasant first day to the quietest festival campsite I have ever experienced- bliss.

Second day in and I was having a thoroughly enjoyable time but did feel like something was missing, sometimes you just get a little bored of your own company. Yet at other times it’s quite a joy to sit, content in your own space with nothing else needed. I’ve had to get used to my company in the past 15 months, sometimes it’s great, sometimes it isn’t. Not one to easily idly chit-chat it can get lonely, but you do get away with pulling dodgy dance moves when you’re on your own at a festival, you become THAT weirdo (there’s always one).

Day 3 and the anticipation of Hendrik arriving was exciting. Leaving early he arrived as the gates opened, together again under a sunlit tree. Soaking up eachothers company, re-connecting and finding our place in the gentle atmosphere of WOMAD we rested our heads with the sounds of poetry making it’s way into our subconscious. The energy beginning to pick up a little we happily walked around the site as though we’d always been there together. It wasn’t long before he found treasures in the form of gemstones and crystals and began to add to his collection, what a wonderful thing to collect. Drinking stepped up a gear as we shared tequila with a stranger and the dancing began to Canadian folk band The East Pointers. We sang, danced, ate, explored and joined in on the magic.

3 days camping and drinking, we took a ride out in the morning to New Plymouth and enjoyed a sleepy cultured look around the museum, gallery and impressive street art, treating ourselves to a sweet cabin for the night with a BED! it was a Birthday celebration afterall 😉

So it was my birth month again, usually the first signs of spring are all around and I am blessed with a sunny daffodil filled Birthday. However, being on the flip side of the world it is now autumn, and the changeable weather has really kicked in – after a particularly unsettled summertime. Learning to embrace different seasonal holidays I was treated to a meal with the whole adopted caving family, including Larry & Fran, whose farm I live on, and cousin of family and fellow tour guide Ash (always great fun). It felt so lovely to have everyone together, especially as my time at Glowing is drawing to a close- I have until the end of April here.  They were kind enough to gift a sacred Greenstone necklace, carved into a triple spiral symbolising everlasting friendship, I was made up, it’s gorgeous. It is traditional to wear Greenstone if it is gifted to you and ideally blessed by a Maori elder. Happily for me, Fran’s neighbour Tiwi was more than happy to bless the necklace for me, something to remember forever.

I’d met fellow Brit Lizzie a year ago on a hilltribe trek in Northern Thailand, she is mentioned in a previous Blog post ‘Chiang Mai Pt II Hilltribe Family’ and here she is again! We had stayed connected via Facebook and she informed me of her travels to New Zealand. I offered Lizzie a place to stay, convinced that the Kiwi Experience tour she was on was bound to stop in Waitomo at some point. Happily for both of us it did so we arranged to meet at the Waitomo bar Curlys. Loaded with backpack and fresh sunburn we hugged and enjoyed a catch-up over a meal and beer. On the Kiwi Experience coach tours, you can pick and choose what you want to do with each day, depending on taste and budget, and Lizzie had decided not to go on a glowworm tour (I think I gasped when she told me this) a glass of wine later I offered to take her down the cave – as she couldn’t leave New Zealand without seeing the glowworm caves (not if I was anything to do with it anyway!) all suited and booted we headed down late that night, seeing so many more down through the bush as well as inside the cavern, and there we were, meeting only once before in the middle of nowhere in Thailand, and then again on the other side of the world in a cave. Life is beautifully unpredictable like that.

One guiding day at work saw me taking a fellow cave guide called Alex on tour. Alex had rang from the Black Water Rafting company wanting to experience a tour at Glowing, which of course was totally cool. A vague sense of anxiety crossed my mind as I obviously wanted to impress a fellow guide. It’s funny, I often joke about how I seem to get all of the pro-cavers on my tours 🙂 thankfully they’ve all been amazing to learn from and have thoroughly enjoyed their tours, so it’s always a privilege. Alex had a gentle friendly face, also from the UK, we had many things in common. He is on his own journey that has seen him travelling for 4 years so far and has had some incredible experiences like guiding through caves in Mexico and tour guiding on Ayers Rock. We both knew we’d see each other again, especially with him camping down the road from Waitomo. He stayed at the cottage after a fun evening of drinks and life stories.

Alex was also kind enough to provide tickets for the main 3 cave attractions at Waitomo, that I needed to see before I left (albeit along with all the other tourists) they were still an incredible sight and the history and stories of their discovery stole my imagination. So it’s all winding down…or perhaps it’s winding up…it’s been a tough few weeks of soul-searching and anxiety about what comes next. Push and pull, reasons to stay and reasons to leave, I’m beginning to form some kind of plan. Watch this space… 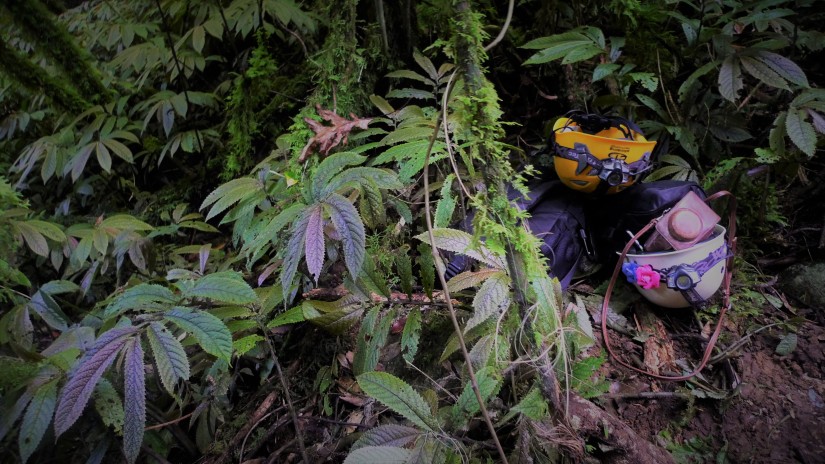