Wow, so it’s HOT down south, and a different feel completely, things are more expensive and tourists are everywhere – but I can see why..

I took a flight from Chiang Mai to Phuket and stayed in a lovely hotel called The Blue Pearl 10 minutes away from Kata Beach. Everywhere was buzzing with life and there were Bob Marley themed bars on every stretch lining the beach. This is the life. After time on the beach soaking the sun and time to recuperate it was time to take a tuk tuk towards Patong and prepare to meet the group for the next tour at The Sawaddi Resort.

This tour was a 9 day island hopper west, around the picturesque South of Thailand. I met my cool room mate Sandy from Canada and continued to meet the other 34(!) people on the tour. To say I was a bit overwhelmed was putting it lightly! It was a group of 18-35 year olds mainly from Australia and America, Canada and 3 South Africans. I was starting to realise that this tour was about partying and couldn’t have differed more from the intimate, back to basic Chaing Mai trek. I work so much better in smaller groups and take quite a while to get to know people so this felt very tricky for me. Most of the group were there just for the tour and then home and I felt a little isolated.

After an evening of feeling sorry for myself I spent the following morning on the beach, wandered around and had another painful/massively great Thai massage (I swore/she laughed). I’ve never had anything quite like it, it changes from unbearable pain to feeling sublime. I made my way towards the hive of activity which is Bangla Road  (which was badly affected in the Tsunami, although you’d never know). I was trying to locate the Siam Guesthouse, specifically the owner called Tuy. My friend Ian from back home stayed there a few years back and befriended him. He was a really nice guy, full of information and loved his music, which is always good. 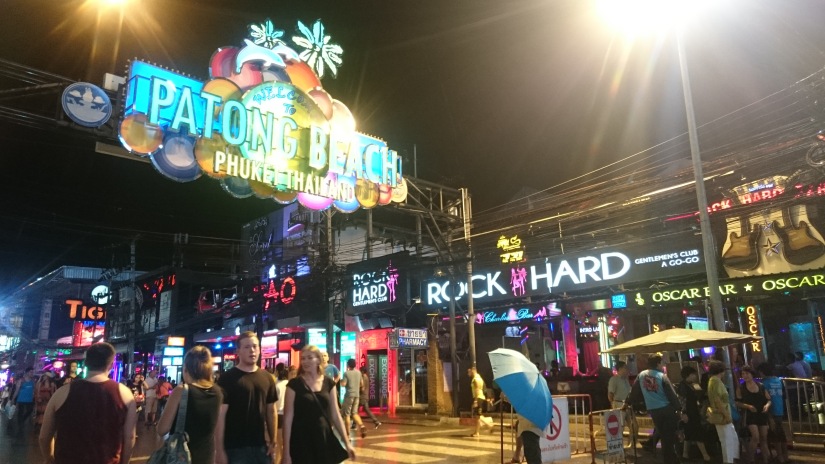 The tour plan was roughly 3 days in each location with one planned activity in each place, with travelling days and ‘me’ days scattered around these. The following morning I decided to take an excursion to the Big Buddha and Wat Chalong which was great because it gave us chance to get to know each other, particularly in the crazy tuk tuk ride there. The guys plugged their phones in so we had ‘young person dance music I’m really out of touch with’ ha, no it was fine- it suited the mood. I couldn’t quite help wondering what they would’ve done had I put some Black Sabbath on.

As we approached the temple the same standards were expected-no shoes and covering of most of your skin, which was really tricky in the heat. Incense and candles burned and at the side of the road a chimney type structure suddenly erupted with firecrackers- 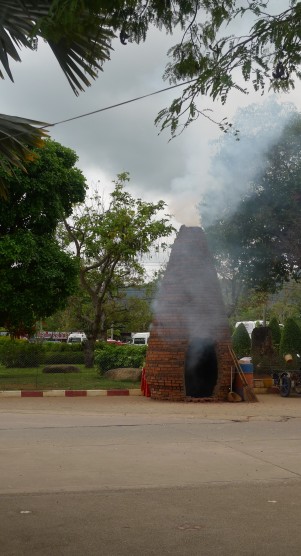 thankfully not gunshots as we all thought at first!

My roommate Sandy took time out this day, as along with the big group had been out all night drinking, watching ladyboys and a ping pong show, if you don’t know what that is, tough, google it.

Painfully for her, she suffered from a hangover and sunstroke which was a reminder about taking care of myself, everything seems heightened in Thailand – particularly the sun, the spice and the hangovers…

Soundtrack: Bob Marley – Could You Be Loved, The Cure – Hot, Hot, Hot