‘But where our hearts truly lie is in peace and quiet, and good tilled earth. For all Hobbits share a love of things that grow’ The Lord of The Rings – JRR Tolkien

I landed myself another WWOOFING location overlooking the Maitai River, just out of the city of Nelson. So far I had been choosing hosts based on common interests, type of jobs required, and also relatively small families or lone people. When I arrived, Kristine and her friend greeted me after returning from a dog walk, we enjoyed a tasty cup of coffee and started to get to know each other. I must mention at this point that I hadn’t yet noticed the coffins on my arrival. We were sitting around a relatively small space filled with music and books and it didn’t take long for Kristine to begin to tell me about her life and the business that she runs. Her business specialises in ‘family led’ funerals, which to my understanding is, trying to educate people to bridge the gap between someone dying, and being ‘handed over’ to a company to deal with all of the aftercare of the body behind closed doors. Instead this aftercare and burial is dealt with naturally by the family. It is unusual that this very natural event suddenly takes on an unnatural and clinical process, something has certainly been lost along the way. It all seems to skirt over the very vital element of the grieving process. It is a very western idea that we hand over a body to somebody else to ‘deal with’. We just have to look to countries such as India, in Hindu religion where the bodies are ceremonially burned and sent down the river by the close families. Festivals like the Day of the Dead overthrow all of this and celebrate the lives of those no longer with us. So the business is essentially Kristine planning and educating people into learning the preservation burial ‘process’ for themselves. 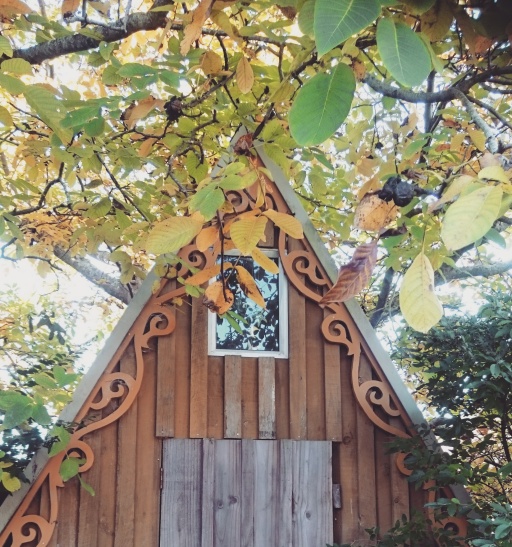 Now this isn’t mentioned on the WWOOFING page (!) as I guess some people could be quite uncomfortable with the idea of it all, however, I was very interested. I watched Six Feet Under obsessively during my teens (HBO series, well worth a watch) which is a series based around a family running a funeral home and the dark, complex and often funny situations that this put the family in. In a influential time of my life it did spark my interest in the industry, it is so vital, and to be able to provide a special service run on love not money sounded ideal. Now realistically a few years later I have since shaken this off, I have been fortunate/unfortunate so far to not have many dealings with the death of a loved one, I say unfortunate as I am unsure the impact this inexperience will have with my grieving when it does inevitably happen.

So far as the ‘death stuff’ we chatted about it most nights over dinner, and Kristine’s own struggles in her life, but what really struck me about a week with Kristine was her sheer determination and strength (both physically and mentally), she has a wonderful ‘can do’ attitude. The house was split in 2 in order to rent so I had the top apartment to stay in which was flooded with light and more than comfortable next to a lovely log fire. It also enabled me to have space and light to paint, I made some small oil sketches which were successful and mark the start of an interesting body of work. 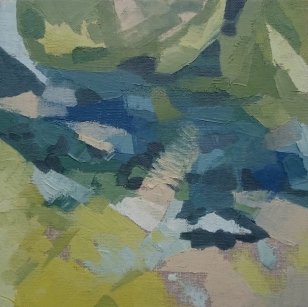 The WWOOFING work mainly involved gardening- wood chopping, nut cracking (satisfying), mosaic cleaning and sorting. The most rewarding thing we achieved was moving an iron bath down the garden to a gazebo area in order to bathe outside over-looking the river! (great idea) This was one of those jobs when we doubted our strength but sure enough it worked… and we were bloody great!

I spent a few days there, all the while getting offered an interview at WOW to realise I just wouldn’t be in the country long enough to suit their needs, big bummer. It was and Irish Music Festival in Nelson, myself and Kristine went to the local pub to grab a tasty craft beer or two and enjoyed the music and said our farewells.

Next stop- chickens, around 4000 in fact. The next WWOOFING host was a free range egg farm near Motueka, on the way to the Abel Tasman and yep, it was one of those locations that the sat nav takes you into a ford rather than your proper destination. At sunset I found the farm ok much to my relief. Willow Creek farm is a free range egg business that’s run by an incredibly welcoming and lovely family originating from South Africa. I have met more South Africans in the past 2 months in NZ than I have in my life and not wanting to stereotype but, I have got on with each of them very well and had good times. I was greeted by a very friendly Sharon and the two farm dogs Ice and Teddy. Now I only proposed to stay a week, but typing this I am still here a month later! This gives credit to how comfortable I have felt and how much I have enjoyed the work.

The farm is roughly a 40 minute drive from Nelson but it hasn’t been an issue keeping occupied whilst I have been here. The daily routine would ordinarily consist of a 6am (!) feed of the chickens in 3 sheds, and the same again at around 4.30pm to begin the end of day feed/cleaning and processing routine. Some days I would help with egg collection, each egg in the nesting box is collected by myself, cleaned and stacked into trays, and at most we’d roughly get around 48 trays from a shed, depending on the age of the chickens. So it was fast paced work but therapeutic and I’m pretty sure the chickens enjoyed me talking to them about The Wizard of Oz. It was always a bit of a family joke that I resembled Dorothy from the creepy but great Oz sequel Return to Oz. Here at the farm is was nice to finally spend time with my own ‘Bellinas’ and gaze upon the ‘emerald lake’ (algae pond) in the cold frost of the morning. Here at the farm I have seen night skies like never before, so filled with stars it was a privilege to view each morning and night. We were also treated to some amazing sunrises and sunsets so working around the clock became a great way of seeing different things in a different light.

I had the good fortune of having lovely co-workers at the farm, I’d since been offered paid work which was a great turn of events. Annie and Cynthia in particular were good fun and made dealings with chicken poo good fun! I can honestly say I didn’t feel a ‘chore like’ moment on the farm, it felt so natural to me and offered great escapism. Due to this escapism it also provided a good state of mind for painting, I was able to get stuck into my Outdoor Room concept and produce some mixed media pieces inspired by Wellington and Kaitoke Park. OK, so I wasn’t at the farm all of the time, I had a day off each week to go and explore, and like much of Nelson, there are a great deal of artists practising nearby so I had myself a few art roadtrips. I was also very happy that my Hobbiton chum Renee had made her way back down south. We met up in a groovey Vegetarian restaurant named East Street, where we enjoyed chatting, eating, and drinking.

I didn’t know Renee too well really, but I always wanted to hang out as I thought we may have loads in common, ever since I noticed her Zelda coin purse back in Matamata. It is going to be hard for us to fall out if you are a true Zelda fan, it had so much influence on my childhood, my desire to adventure, the creative storytelling and of course the consistently lush artwork the game creators designed. We also shared another day together hiking and exploring caves along the Maitai River (caves are becoming quite a theme). This nearly didn’t happen due to miscommunication and a high speed chase behind Ren to grab her attention as she drove off! Ha! It was fun, wet and muddy. We grabbed a well-deserved pint and sat down to hear Cynthia from the farm sing in a choir, alongside her sister Angela, in Nelson Cathedral.

Getting dirty on a daily basis, riding the quad, the ute (NZ word for pick-up) and hanging with the other animals was a great experience of a different way of living, hard work, but natural and rewarding.

Sharon cooked up hearty meals each day and was very motherly, this was the most comfortable I had felt since I left home, who doesn’t enjoy being spoilt from time to time? In the last week I worked on helping to get the vegetable bed up and running, the majority being weeding, but sowing the seeds of love too. I feel a real connection when I am gardening and feel really peaceful, I looked forward to getting outside each morning, greeting the sheep and tilling the earth. It is one of those interests I am happy to have gained from my grandparents and parents alike, I am making plans for my own garden of delights.

So I am moving on now, making my way to the city of extreme earthquakes and sending myself healing vibes on my back that has since gone ‘twang’….

Soundtrack: Tears For Fears – Sowing the Seeds of Love, The Doors – Alabama Song